What is the general cause of mould and how can we fix or prevent it?

Mould is generally caused by structural leaks, plumbing leaks or condensation from lack of ventilation. Structural and plumbing leaks can be fixed once identified but the lack of ventilation is often the common cause which is overlooked. All buildings need to breath so sufficient passive ventilation should be installed to the outside of the thermal envelope to prevent condensation within the roof void. Weather tightness has increased since the 1970’s without any consideration for associated and much needed ventilation. Consequently we now have buildings literally sweating which is creating mould contamination in all homes, new and old.

Fortunately we can provide affordable product solutions for all renovation and new-build projects which will eliminate condensation and provide a healthier living/working environment. 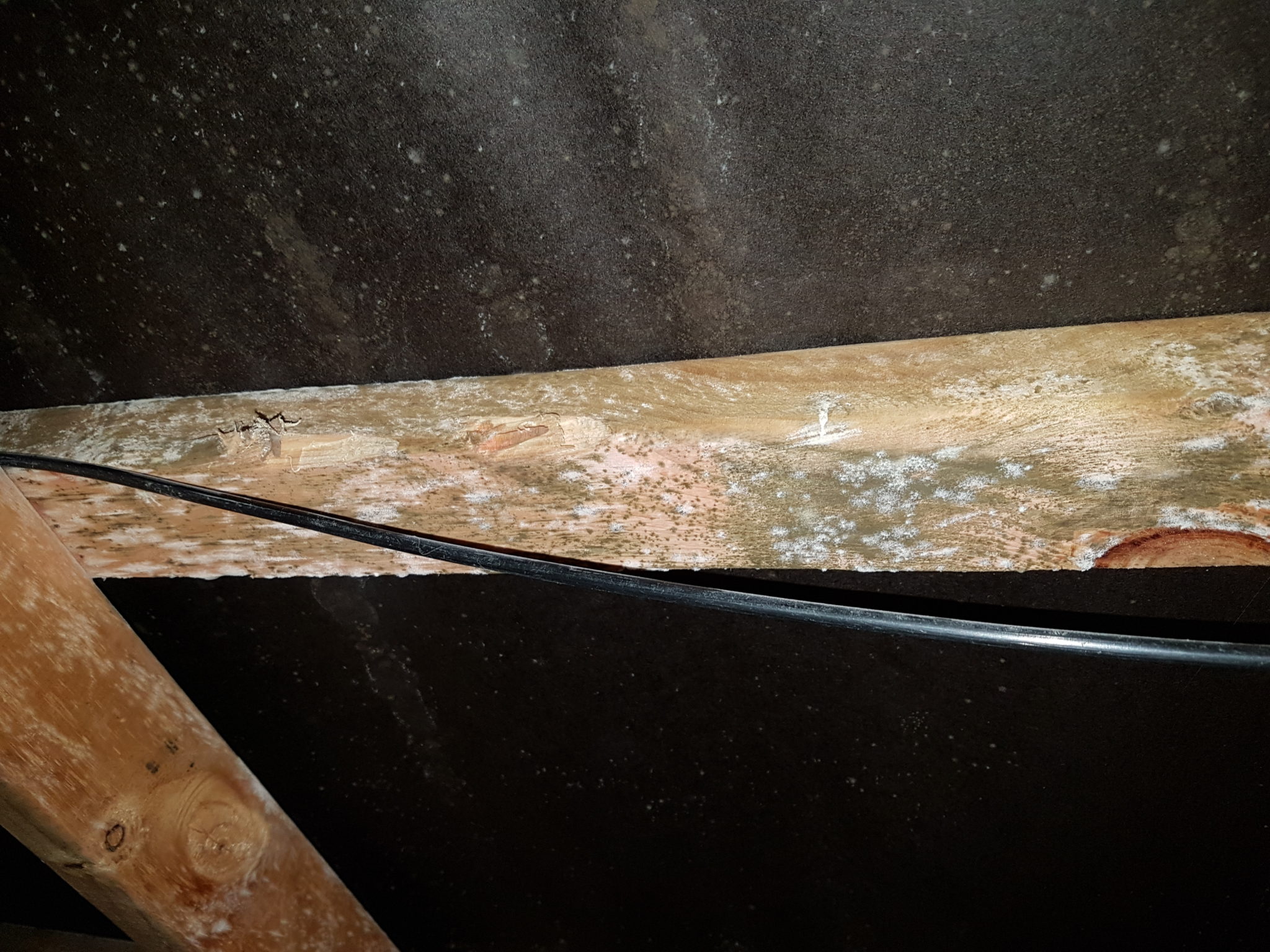 We can provide residential & commercial, invasive/non-invasive reports ranging from a general on-site identification/remedy to a full laboratory tested report with a recommended rectification schedule of works.(fixed price for bay of plenty and poa for other areas)

We offer specialist bio-decontamination solutions for a wide range of commercial and domestic environments. We employ highly effective techniques to destroy bio-contaminants ranging from long lasting antifungal and antibacterial treatments to rapid based sterilizations.

We can offer a range of mould and bacteria test kits for our customers who wish to know if their home or working environment suffers from toxic mould or bacterial contamination. These affordable solutions will give you simple and easy to understand results and recommendations on how to deal with bio-contamination in your property. 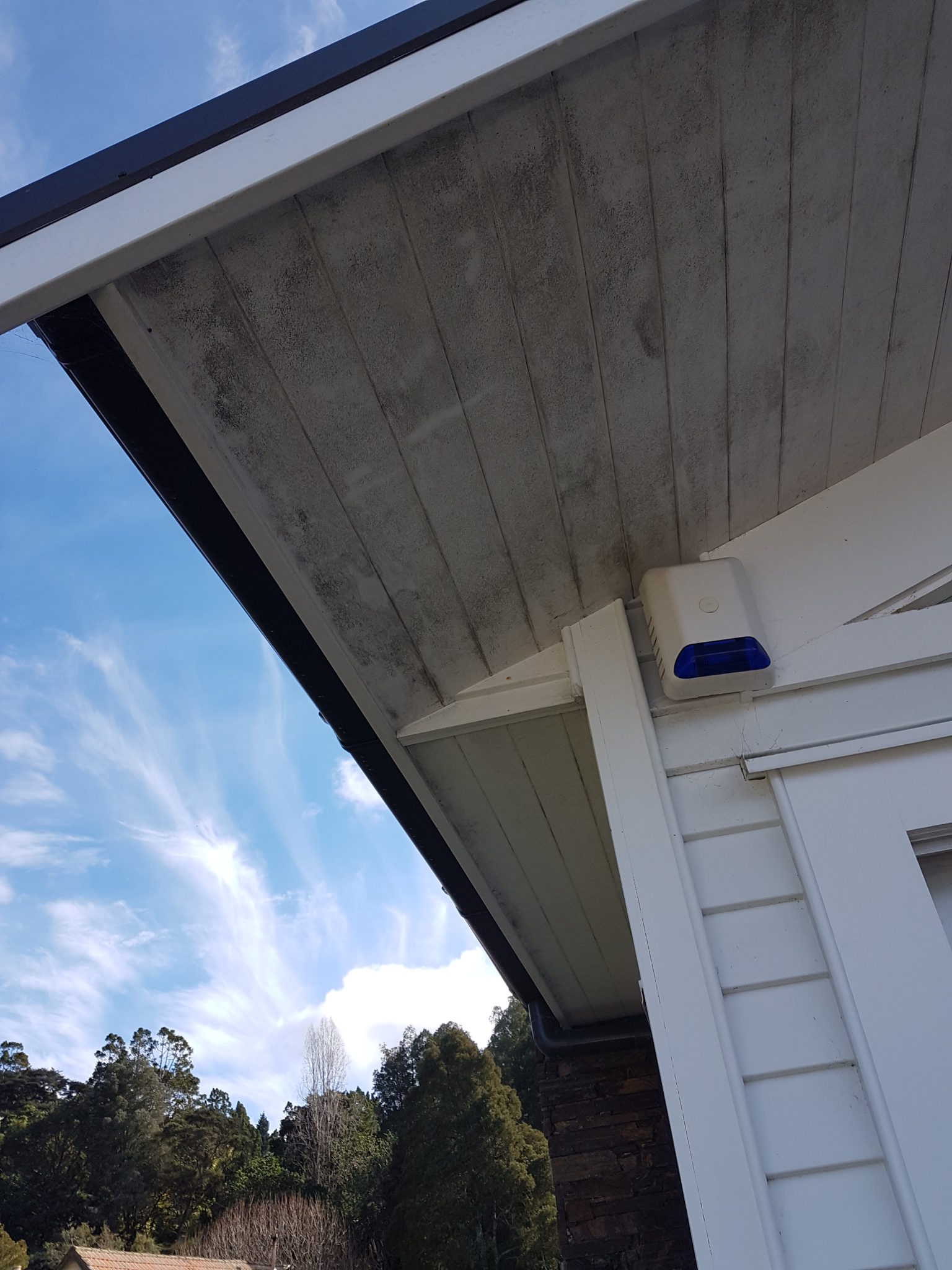 Mould, mildew and fungus in our homes

Virtually everyone has one type or another of mould somewhere in their homes. Although not all types are toxic, any exposures to non-toxic mould types pose a health risk (allergies and asthma). It is often difficult to distinguish types without lab testing.

Areas that are always or often damp, such as kitchens, bathrooms, laundry/utility rooms, and basements, are common locations for mould growth in homes.

Spores from dried mould are very dangerous and should be cleaned with caution. Never scrape or scratch dried mould, because the spores will become airborne and create a serious inhalation risk. Most mould infested areas are relatively small and are usually the result of small leaks or plumbing problems. If the problem is more internal such as on insulation or throughout a carpet, the only solution is to have the items professionally removed before being replaced. Mouldy areas more than 600mm2 are considered “Heavily infested” and professional removal is strongly advised. Some insurance companies cover the cost of mould removal or remediation under certain circumstances. Check with your insurance agent to find out if you are covered.

You may suspect hidden mould if a building smells mouldy, but you cannot see the source, or if you know there has been water damage and residents are reporting health problems. Mould may be hidden in places such as the back side of gypsum board, wallpaper, or panelling, the top side of ceiling tiles, the underside of carpets and pads, etc. Other possible locations of hidden mould include areas inside walls around pipes (with leaking or condensing pipes), the surface of walls behind furniture (where condensation forms), inside ductwork, and in roof materials above ceiling tiles (due to roof leaks or insufficient insulation).

Investigating hidden mould problems may be difficult and will require caution when the investigation involves disturbing potential sites of mould growth. For example, removal of wallpaper can lead to a massive release of spores if there is mould growing on the underside of the paper. If you believe that you may have a hidden mould problem, consider hiring an experienced professional.

How does mould affect asthma?

Moulds can trigger asthma attacks in individuals with asthma. People with asthma and respiratory diseases should avoid contact with exposure to moulds. 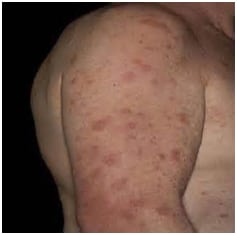 Can mould cause health problems?

Moulds have the potential to cause health problems. Moulds produce allergens (substances that can cause allergic reactions), irritants, and in some cases, potentially toxic substances (mycotoxins). Inhaling or touching mould or mould spores may cause allergic reactions in sensitive individuals. Allergic responses include hay fever-type symptoms, such as sneezing, runny nose, red eyes, and skin rash (dermatitis). Allergic reactions to mould are common. They can be immediate or delayed. Moulds can also cause asthma attacks in people with asthma who are allergic to mould. In addition, mould exposure can irritate the eyes, skin, nose, throat, and lungs of both mould-allergic and non-allergic people.

Black mould or what is referred to often as toxic mould are common terms used to describe a slimy, greenish black substance which can result in a very serious health risk. While toxic black mould is less common than other mould species it is far from rare. Cellulose is the only known host for the dangerous strains of stachybotrys and memnoniella, which produce mycotoxins. The mycotoxins grow in damp areas. Substances where this mould can be found include places where water has soaked wood, ceiling tile, wall panelling, studs, cellulose insulation, gypsum board, carpet backing, cardboard and other items made of natural fibres such as cotton can act as a host. It can infest areas in the floors, walls and ceilings. Mould problems resulting from flooding should be treated professionally to avoid health risks. If the black mould is growing on materials that do not contain cellulose, it is unlikely that either stachybotrys or memnoniella are present. If you suspect black mould, have it tested before attempting to remove it.

The black mould that you may see growing on grouting and walls of showers and bathtubs is unlikely to be dangerous. The most common mould is cladosporium. Although it can be an irritant to those with asthma or respiratory disease, it is not known to pose any toxic hazard. The most effective way to prevent it is by providing adequate ventilation. Vent fans should be installed in all areas where dampness can occur.

Who should do the clean-up depends on a number of factors. One consideration is the size of the mould problem. If the mouldy area is less than about 600mm2, in most cases, you can handle the job yourself, however:

N
Avoid exposing yourself or others to mould
N
Fix plumbing leaks and other water problems as soon as possible. Dry all items completely.
N
If you already have a mould problem – act quickly. Mould damages what it grows on. The longer it grows, the more damage it can cause to the structure of your property.
N
If there has been a lot of water damage, and/or mould growth covers more than 600mm2, contact us for further information.
N
If you suspect that the heating/ventilation/air conditioning (hvac) system may be contaminated with mould (it is part of an identified moisture problem, for instance, or there is mould near the intake to the system), you may need the air ducts in your home cleaned before taking further action. Do not run the hvac system if you know or suspect that it is contaminated with mould – it could spread mould throughout the building.
N
If the water and/or mould damage was caused by sewage or other contaminated water, then contact us as experience will be required for cleaning and fixing buildings damaged by contaminated water.

What to wear when cleaning mouldy areas – health & safety

It is important to take precautions to limit your exposure to mould and mould spores.

N
The use of personal protective equipment (ppe) should be considered during a mould investigation. The primary function of ppe is to avoid inhaling mould and mould spores and to avoid mould contact with the skin and eyes. Professional judgement should be used when selecting ppe. The use of ppe is indicated when mould is disturbed and likely to become airborne during an investigation.
N
Avoid breathing in mould or mould spores. In order to limit your exposure to airborne mould, it would be recommended to wear a respirator, some respirators are made primarily of plastic or rubber and have removable cartridges that trap most of the mould spores from entering your lungs.
N
Wear gloves. Long gloves that extend to the middle of the forearm are recommended. When working with water and a mild detergent, ordinary household rubber gloves may be used. If you are using a disinfectant, a biocide such as chlorine bleach, or a strong cleaning solution, you should select gloves made from natural rubber, neoprene, nitrile, polyurethane, or pvc. Avoid touching mould or mouldy items with your bare hands.
N
Wear goggles. Goggles that do not have ventilation holes are recommended. Avoid getting mould or mould spores in your eyes.

All Products Available Through your Preferred Supplier